The new Toca Blocks turns your kids into their own masters of the universe. Mainly because they’re building it from scratch. 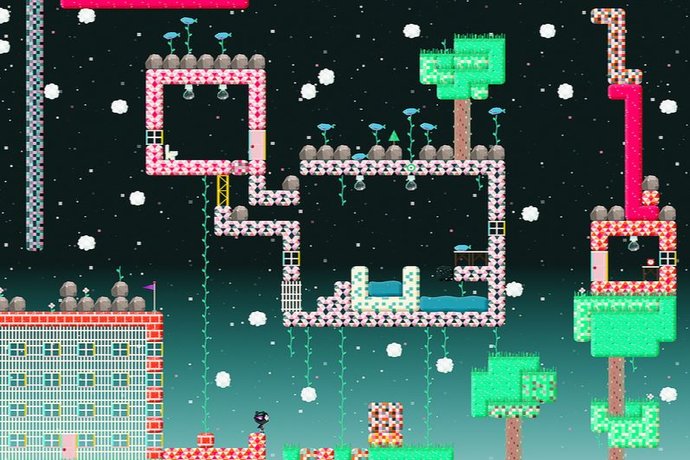 My entire household is pretty thrilled that Toca Blocks, the 30th(!) app from favorite app developer, Toca Boca, just launched today. I got an early peek at it, and I’m happy to report, it’s just as fabulous as the others. And while Toca Hair Salon and Toca Mini are still my kids’ iPad go-tos (and will remain as such for the foreseeable future), this is definitely one that’s going to get a lot of their attention.

Related: 21 of the best math apps for kids of all ages: Back to school tech 2015

In a way, it’s like two videos in one; you create a universe using little modular blocks that you can manipulate in different ways, whether you’re stacking them on top of each other, using them to dig tunnels underground or building a staircase to the stars. Then, you guide three different characters through the block universe you create, whether it’s jumping on top of a set of blocks, climbing that staircase or crouching through the tunnel you’ve dug.

Kids get a great lesson from experimenting with the blocks, which each have their own properties, colors and textures. So one block may be sticky and one block may be bouncy. Then, when you merge two blocks together, it may turn into a rock, a log, water, or something else entirely.

See what I mean about trial-and-error?

Unlike many other Toca apps where structure is already put in place, Toca Blocks is a bit of an anomaly in that you have no idea what’s going to happen, and the world is literally up for kids to create themselves. You’re not just shopping at a store like in Toca Town or feeding someone something funny from the fridge in Toca Kitchen, you’re creating something brand new from scratch.

If younger kids are too daunted by the the idea of a completely blank canvas, there are three pre-installed worlds that provide a little more structure. There’s also the ability to save creations so kids can revisit their block-building masterpieces should they actually have to put it down at some point.

Unlike other Toca apps that kids as young as three can pick up right away, I’d definitely say this is for older kids, maybe 6 and up. Because even I found myself wildly tapping at the screen for a minute or two, trying to figure out what to do next.

Still, that’s also what I love about the app, along with the fact that there is no right or wrong. Toca Blocks relies on kids’ imaginations and sense of exploration, and isn’t that what a great kids’ app should be about?