The best Black Friday tech deals around the web

Looking for the best Black Friday online deals? We’ve got them, because we’re all about shopping in our pajamas today and spending a little more time with our families. Or leftover stuffing. Or possibly both.

Keep in mind, these Black Friday tech deals are limited time, some are limited quantity, and shopping earlier is always best. Hey, at least you don’t have to worry about finding a parking space or waiting in line. Happy saving everyone!

Don’t miss the Black Friday deals on Cool Mom Picks. There are tons!

TARGET: Lots of online deals, which include sales like:

Plus, get an extra 5% off when you use your Target REDcard.

BEST BUY: Lots of deals including:

EERO: Save $50 on this whole home WiFi system.

QARDIO: Save up to 35% off the QARDIOArm and QARDIOBase smart scale with code BUNDLE35

VENTA: Save 15% off any size Venta airwasher with code turkeyday2016

iHOME: Save 30% off everything in the store with code BF30, plus get a free iBT55 Bluetooth speaker with any purchase over $69. 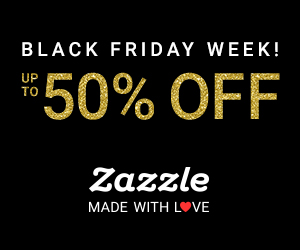 THINK GEEK: 40%-60% off over 100 different gifts and stocking stuffers all day, including a BB-8 measuring cup set, a Death Star cutting board, and a whole lot more.

TOYS R US: Deals include $50 off LEGO Dimensions starter kits, the Anki Cozmo robot for $149.99, and the Nabi Collector’s Edition Tablet: The Force Star Wars accessory bundle for $59.99

DODO CASE: Save 30% off everything with EARLY30

TILE: Save 35% off gift bundles of these Bluetooth trackers

NORDSTROM: Lots of fabulous tech accessories on sale, like 46% off the Tory Burch for FitBit bracelet, up to 60% off select Kate Spade iPhone cases, and 50% off this Michael Kors tech wristlet.

VERIZON; Deals include lots of phone discounts, and deals on other gadgets, like $40 off the Mophie Powerstation 4000, $30 off the Nest Cam WiFi camera, and more.

GAME STOP: Deals include Buy 2 Get 1 free on all pre-owned products, save $50 on any XBOX Bundle, and select LEGO games start at $14.99

CROSLEY RADIO: 30% off everything using the code Foodcoma.

For more great Black Friday deals of all kinds, head over to Cool Mom Picks!