Hit the road with the Toca Cars app 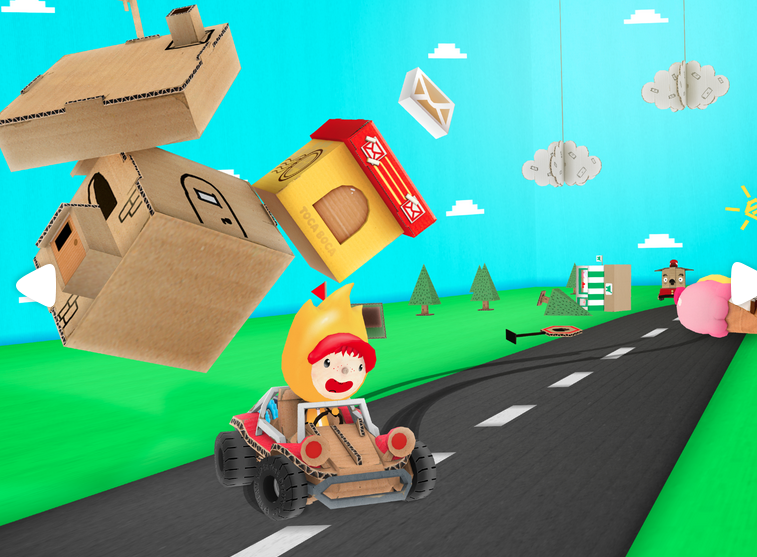 Creative, quirky, playful, rule free and devoid of in-app pop ups (hooray!)–all reasons why Toca Boca is one of our most favorite app developers for kids. So lets rejoice for the new Toca Cars app!

Taking a cue from more complex games like Minecraft (ahem, Toca Builders) I like that kids are getting a little bit more of a challenge from Toca apps, including this one.

Toca Cars, released for iOS this week, is revving things up with two games in one. Kids can drive a car around a virtual cardboard town and knock stuff down, or they can create the town from scratch themselves, choosing where to put buildings, trees, street signs and a few kooky creatures, and then knock stuff down.

Driving the cars is pretty easy; kids drag the car along with a fingertip, and while it feels a little uncontrollable at first, my preschooler picked it within a few minutes of opening up the app. My second grader was then showing her how to jump double ramps about five minutes later, so there you go.

There are no rules on these roads, and kids can do and make whatever their imaginations dream up. Cruise through big puddles of ice cream and zig-zag through a maze of evergreen trees? Done and done. There’s even fun surprises like a yappy dog that chases the cars, and a robot that may or may not pop up when you least expect him.

And here’s something really cool. Every element within the Toca Cars world was prototyped using 100% recyclable cardboard then hand-painted before being digitally recreated in the app, which gives it that special look. And, since the theme is related to reuse/recycle, everthing within the app that gets knocked over can be restored (they call it Crash N’ Restore) with the simple push of a button. –Pilar

Download the brand new Toca Cars app for iPhone, iPod Touch or iPad for $.99 on iTunes.